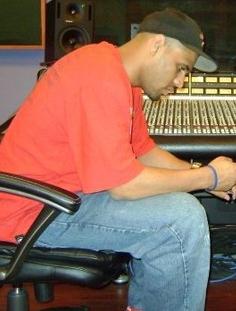 SirraH "Money" HarriS is a multi-talented super-producer, songwriter, singer, musician, rapper, composer, engineer, and DJ from Dallas, Texas. He has produced albums and singles for a numerous artists from the late-1990s to the present day. He plays the piano, drums, and guitar and is able to create music in any genre. Some of his greatest musical influences are Prince, Michael Jackson, George Clinton, Curtis Mayfield, Eric Clapton, Stevie Wonder, The Isley Brothers, Maze, The Gap Band, The O'Jays, Dr. Dre, Timbaland, Tupac, UGK, Eightball & MJG, and Scarface.

As a child Sirrah was constantly surrounded by music. His parents played music all hours of the day and the funky riffs and jazzy chords were embedded in the memory-banks of young Sirrah. His parent’s love of music is evident in their huge collection of vinyl albums overtaking the walls throughout their house. Sirrah claims he can't remember a time in his childhood when music wasn't being played at his house.

Sirrah has degrees from Musicians Institute in Hollywood, California, and Texas Wesleyan in Fort Worth, Texas.

Sirrah Harris is a palindrome

Sirrah has had music on the American Billboard charts

Sirrah's mentor was the late Willie Hutch ("Hutch" was a singer/songwriter and record producer for Motown in the 70s and  was responsible for the writing The Jackson 5's hit song "I'll Be There".

Sirrah's nickname "Money" comes from his shooting ability in basketball